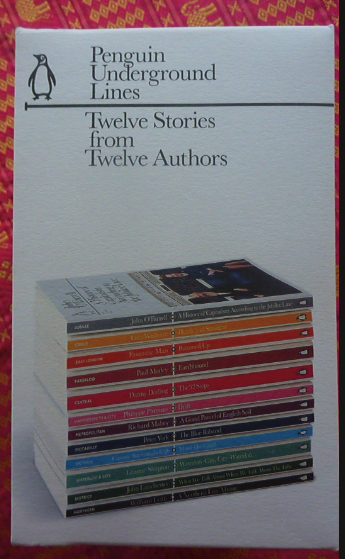 I have been looking at a series of books recently published by Penguin and thinking "Will I buy it?" I waited quite awhile but when I saw they actually put them into a boxed set I had to get them. Something about the boxed sets.  I have written to Penguin several times in both Australia and the UK and asked them why they have stopped their smaller books from being collected in boxed sets with no reply.

The first two sets of New Ideas were in a set but the subsequent books were sold individually. So instead of having the 100 Great Ideas in 5 different sets I only have 40 in two boxed sets. I do pick up the individual copies though if I find them in Op shops.

This set is called Penguin Underground Lines. They are a set of 12 stories written to tie in with 12 tube lines in London, England.  They come in an assortment of colours and the Penguin logo that is on each book is in a different colour to match it.  The first book I read is an orange one.

The first book I read from the set was Mind The Child by Camila Batmangherlidjh and Kids Company.  Perhaps people living in London are familiar with the Kids Company but I wasn't. 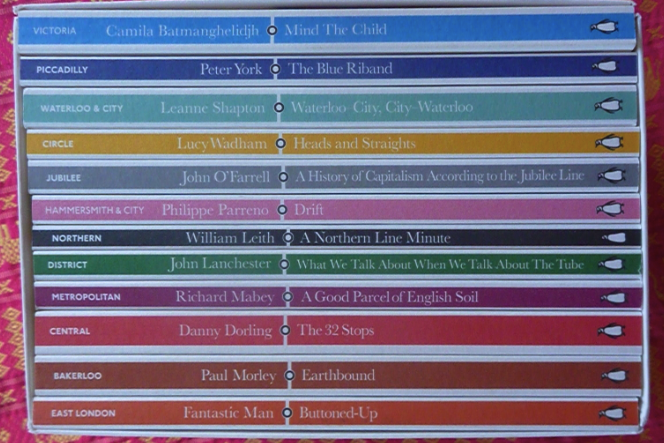 This book is a series of case studies of the homeless children that live in the tube lines and on the street and get some help from Kids Company.  Kids Company is an organisation that provides them with food, shelter, training opportunities. They care for the uncared.  The case studies of these children are really quite horrendous to read. They are of the throwaway children who live in fear and poverty. They are starving as their parents use any money they get for drugs. They are sold into prostitution, slavery and used any other way that might benefit their parents. They are often beaten.  It is not a happy book to read but the work Kids Company does is amazing.

The writing is concise, to the point and the stories really suck you in.  I was fascinated by these stories. They simply stated facts as to what goes on in London. It is a whole different side to that of what the tourist sees.

It is well researched with several pages of notes at the end to tell you what their sources are for their statements.

For example:  Britain is among the six richest countries in the world and yet has the highest child poverty rates. 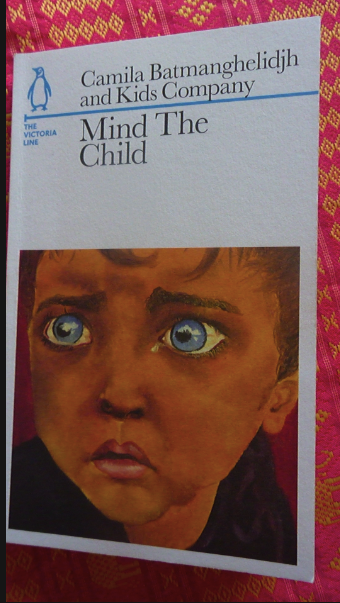 These are only some of the statistics listed.

Although there are many statistics the main interest in the book comes from the stories the children themselves told in their own words.  You wanted to go to London and grab the first street child you saw and give them Happy Ever After care.

I'm sure the stories told within are not only in London. You would find these children in any large city in the world and beyond but to read of these children in what is 140 pages of a Penguin book set is a bit disconcerting. I wasn't expecting that.

I don't know what the other books in the set are about except the categories listed are Tales of Growing Up and Moving On, Romantic Encounters, Breaking Boundaries, Laughter and Tears, A Bit of Politics, Musical Direction, Design for Life, Tube Knowledge and A Breath of Fresh Air.

They are both fiction and non-fiction.

I am looking forward to randomly choosing a book from this set and seeing what it entails. I will continue to share them with you as I go.  Does anyone have any of these or other boxed sets of speciality books from Penguin.

Has anybody heard of the Kids Company and the work they do?

Posted by Travellin' Penguin at 15:57