Short Story: Kong At the Seaside by Arnold Zweig 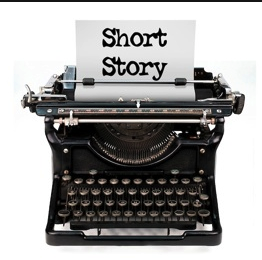 From the book: A World of Great Stories (Stories from around the World)


Kong At The Seaside by Arold Zweig  (A German short story)

The Penguin and I had to hold our breath over this story.  It was kind of tense.

We arrived on the beach to discover Kong running along the surf, wanting to jump into the water but he was not allowed.

Kong is an Airedale Terrier. Willie is his 8 year old owner. Willie won't let Kong go into the water.
Following more slowly behind is Willie's father only called Groll.

Kong is exhuberant at the beach and runs through the sand sculptures of a young girl, about the same age as Willie. The dog stands on her spade.

She has a complete tantrum and tell her father who is nearby that she wants him to buy the dog so it may be shot for ruining her play. She claims if this does not happen she will throw her plate off the table at dinner time. She is obviously a spoiled little brat with a lot of money in her family.

Well, the Penguin and I were appalled at what she wanted to do to Kong.  She told her father to offer the boy 15 pounds.  His father tells the boy that for that much money he can get the bicycle he has wanted. Tassles, horn, little storage compartment.  But the boy replies "no", he loves Kong.

The girl then says to her father to offer 20 pounds. With that Willie can have not only the bicycle but a canoe and maybe a watch he had his eye on. The boy only pulls Kong closer to himself.

The bid arises to 50 pounds. The father of the boy at this time is amazed at the idea of so much money. "You can buy the bicycle, the canoe, the watch and a tent. The boy is worried and reiterates how much he loves Kong and he will not do it.

Finally the offer goes to 100 pounds. The father is rather excited by now. 100 pounds!  I can invest that money and you will have a college education when you are older and your sick mother will have money to go to a reputable sanatorium and be made better.

At this the boy says, "And now I think, the incident is closed."

This is where the Penguin and I leave you.  Was the dog sold?  Was he shot? How does the boy handle it? What in the world happens next?


NB: The Theme- It is one thing to have much honour when you have a full stomach but if you are poor, without much, honour may be sold cheaply.

**********
However the Penguin and I will put  you out of your suspense:  If you would like to read this story please open this link.

Wikipedia article about Arnold Zweig is a good one so if you're interested to know more about him you can read it (HERE).