I can't believe we're already over half way through the month of January.  I wish the calendar would slow down a bit. This has been a pleasant week as there are still groups I belong to that are on holiday until Feb or March so I have had lots of time to read, walk the dogs, play with photoshop.

This week was a funny week weather wise. We had one day where the temp was well into the 30's (90'sF) and the very next day it was down to 12 (50's F).  One night all the windows would be open and we'd by lying on top of the covers, the ceiling fan going. (Odie thinks the ceiling fan might come down during the night and get him so he usually hides under a blanket when it is on)  The next we were hunkered down under blankets. That is the joy of Tasmania's weather. If you don't like the weather just go to bed because it will be different when you wake up.

The city of Hobart is currently under a smoke haze from the bush fires happening on the west coast. Everytime the fire department puts out a total fire ban warning across the state all the arsonists in the place jump to attention and start lighting the place up. Though I understand these west coast fires are from lightning.

Usually we have a view of the river Derwent out the front living room window but this morning we could barely see it. 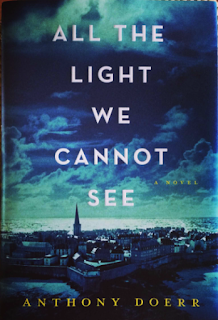 Books on the go?  Well I have been reading and listening All the Light We Cannot See by Anthony Doerr. I am only about a third of the way through it but need to finish it soon as our book club is discussing it the first week of Feb.  So far I am really enjoying it. I would expect it to be a very good book as it won the Pulitzer Prize and I generally enjoy those award winning books. Will do a post on it after the group meets.

I read another book in the Alex Cross series by James Paterson on the day that was too hot to concentrate. I know people think James Paterson is not literary and they kind of curl their lip if you say you read one but I saw an interview with him. 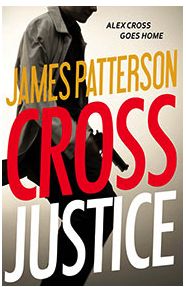 He was asked why he doesn't write more literary masterpieces and he said simply that he can't so he writes what he is good at which are good thrillers and he makes a mega ton of money. So I say "Good Onya James."

I started his Alex Cross series years and years ago and love the family of Alex, an African American police detective who lives with his family in Washington DC.  He has a wife, a few children and a wonderful 90 some year old Nana who I really like. Over the years I have been with him when his first wife was murdered, his children were born, his second wedding. He solved some horrendous cases with his friend Sampson and I enjoy the area around DC. Some books are also set in North Carolina where he still has family.  His family seems very real to me. His first Alex Cross mystery was published in 1993 and was called Along Came A Spider.
The one I just finished was Cross Justice and was the 22nd  in the series. I have now read all 22 of them. I don't read his other books but I do follow this series as I began it such a long time ago.

It was also time to pick my Deal Me In 15th of the month short story and it was one from Thomas Pynchon called  Entropic.  It was a difficult story to get my head around at first. I read it last night and at the end of it I needed to sit and think a bit. Then I researched it on the web and now I have a much clearer understanding of it. Thomas Pynchon was an interesting writer. He was born in 1936.  I will do a separate post this week on this short story.

The rest of the week was pretty uneventful. I did meet a friend for a coffee at Fuller's Book store and did enjoy looking around the shop. I bought a great photography book to help me with my photography lessons.  I plan on going through some of the exercises in it but that might come to this post a bit later. The coffee is always good. So are the desserts but I did resist. Still have Christmas fat on me.

I did a bush walk with the dogs the other day and we had a good time with them and the camera. They are finally not pulling on the lead so much and are used to me stopping and making them wait while I focus the camera. It has been a good exercise for all of us.

I also completed Lesson 8 of my Photoshop course. Learning this software is a real bugger. But after spending 2 days studying this particular lesson I got through it and my exam score was 88% so I was happy with that.  The answer I gave for the question wasn't wrong, it just wasn't the best answer. I hate how they do that.  Five more classes to get through. 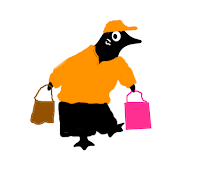 I didn't make it to the cinema so no news to report on that front though there are several good movies appearing I wouldn't mind seeing. Overall I would say the week was a good one albeit quite quiet. That's okay. I like quiet.  I hope all of you had a good week and enjoyed some reading enjoyment.

May the Penguin continue to have a good life.......