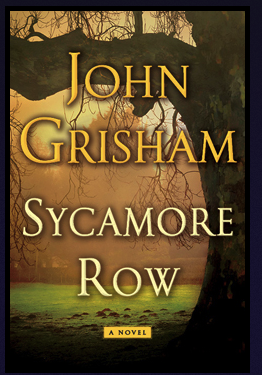 I think I have only read two John Grisham books in my life. A Time To Kill was his first one about a black man being tried for killing the white men who raped and killed his daughter.  It was a really good story but few people knew about it. Then The Firm came out and Tom Cruise made it into a movie and suddenly everything Grisham was popular.  When Julia Roberts made his book The Pelican Brief his status was cemented in forever for legal thrillers.

There have been many since but I have not read them.  I'm busy with medical things at the moment. I have to laugh. I had this mini stroke three weeks ago and since everything has reversed back to almost normal. I would say I am 95% well. I don't think I was 100 % before it started.

But when they did the MRI to determine if damage had been caused by the stroke they found a little growth in my nasal passage.  I never would have known I had it so probably a good thing.  They are going to remove it Thursday and biopsy it (expecting it to be okay) but they found it so they're going to remove it. So Thursday I will be knocked out into sweet oblivion.

I haven't been able to drive for 2 weeks (they told me that after one week of extensive motorbiking rides) but that time too has passed.

During all of this I decided to read something lightweight and chose Grisham's Sycamore Row for the Kindle.
Sycamore Row takes place in the same town in Mississippi as A Time To Kill did.

What a good story.  Seth Hubbard is an eccentric old man who has more than 24 million dollars.  He is also dying.  One day he gets all of his affairs in order, drives out to the old Sycamore Tree and hangs himself.  He also revises his will the day before. He leaves a bit to his long missing brother mainly because of what he witnessed as a child, (we don't know what thought) a bit to his church and 90% of 24 million dollars to his black housekeeper who nursed him and cared for him for three years.

Well, the proverbial you know what hits the fan with his completely uncaring two children and his grandchildren. They would never visit him, they were egocentric, nasty people but they sure came in fast enough when he died with all that money.

A few days later the protagonist of the story, Jake Brigance, who is a struggling lawyer receives a letter from Seth.  In it is the handwritten will with a letter of instruction to defend it at all costs.

The story revolves around Lettie, the maid; the children of Seth and of course all of the small town Mississippi folk who take an interest in the case and of course the lawyers who represent .........everybody.

Questions arising were why did he leave all of his money to her? They weren't lovers, she did not talk him into it as she was a pretty unassuming quiet person who simply did her job well.  Was it the drugs he was on for his illness making him goofy? 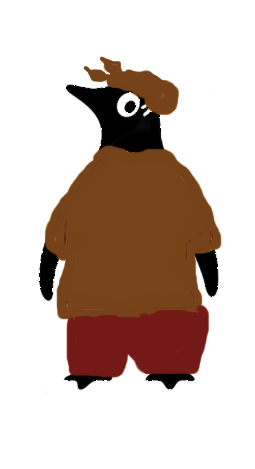 The storyline around the long missing brother is hinted at in the beginning and only at the end do we find out the horrible story behind it all. What is the significance of the property called Sycamore Row?

I figured the story out. It wasn't very hard to do so but I wasn't sure until the end of the book. The book is not rocket science but it is a darn good read when you don't want to think about the rest of the world.

I also learned a lot about the trial process and the tricks lawyers follow during the trial. Some of these were quite interesting. The author is a trial lawyer so he writes from experience.

It could perhaps have been a little shorter, they tended to belabour a few points during the trial but overall it is a good solid read.  It would be good for the beach, a holiday, an airplane ride, a trip to the hospital where you wait for things to happen all day. It is one of those books you keep in your bag and read during the waiting periods of the day. It's also good to curl up with on a rainy day and enjoy the ride.

The Penguin and I enjoyed it very much.

Posted by Travellin' Penguin at 12:25