I first read about the Jack London Historic Park in the Good Reading magazine (here) in Australia. As soon as I saw the article I put it on my list of things to do when I got to my sister's place in northern California.
As it turned out the park is only an hour's drive from her house and she had never heard of it.  So Sunday morning we loaded the car with picnic food and drinks and off we went.

From San Francisco you drive north to Sonoma and then onto Glen Ellen. The centre is a part of Glen Ellen and very easy to find. Ask any local. 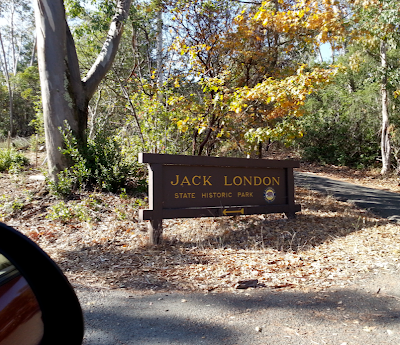 We found the park with no trouble at all and parked the car, waved at some ladies in the carpark who had finished their ride with their horses and we walked back towards Jack's house. 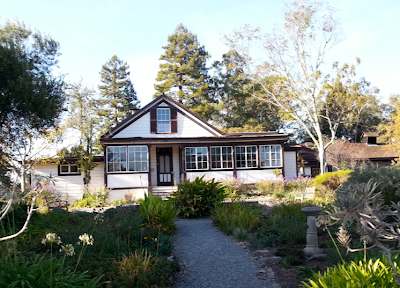 Jack London's history is an incredible one. The things he accomplished in his very short life amazed us.
(main source of following information from Jack London Ranch Album -Heritage Publishing Co- Valley of the Moon Natural History Assoc.)

Born in San Francisco in 1876 he went on to do the following things:


He died at the age of 40 having written more than 50 books and countless numbers of short stories and magazine articles.

Posted by Travellin' Penguin at 12:32