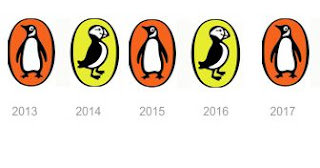 I have been following the Classics Club blog for awhile now and really enjoying reading the reviews of the various posts of the classic books as well as looking at the lists people have chosen to read.

As there are many books I really want to read I have decided to jump in and see how I go because it is a great way to stay focused and also see what others think of the same books. The dates of this challenge will be from 1 January, 2013 to 1 January, 2018. Although I may start this a bit earlier as we are very close to the new year, 2013 and my enthusiasm now is high.

It really is an on-line book group that I think will offer great opportunities to chat to people who are interested in more traditional (and sometimes not quite traditional) books that have been recognised as good reads over the years.

I have spent quite a bit of time devising my list of 50 and although this is the list I hope to stick to there could be the odd change within it.

Many of the books listed are from my Vintage Penguin book collection currently on my shelves TBR. Many choices are American classics as having moved to Australia so long ago I have gotten away from American literature and love it so much so am going back to revisit it. Many books are English as growing up in America we didn't read a lot of English classics in school so would like to remedy that. There are a sprinkling of other nationalities of authors as well so overall I think this list will be a great starting point.

So without further adieu these are the 50 books I have chosen.

16. Old Curiosity Shoppe by Charles Dickens (English)
17. A Raisin in the Sun by Lorraine Hansberry (African-American)
18. The Red Badge of Courage by Stephen Crane (American)
19. The Jungle by Upton Sinclair (American)
20. The Old Man and the Sea by Ernest Hemingway (American)

26. One Flew Over the Cuckoo's Nest by Ken Kesey (American)
27. Gone To Earth by Mary Webb (English)
28. Tobacco Road by Erskine Caldwell (American)
29. I Can Jump Puddles by Alan Marshall (Australian)
30. Catch 22 by Joseph Heller (American)

36. As I Lay Dying by William Faulkner (American)
37. Claudine & Annie by Collette (French)
38. The Wayward Bus by John Steinbeck (American)
39. Seven Little Australians by Ethel Turner (Australian)
40. The Harp in the South by Ruth Park (Australian)

Posted by Travellin' Penguin at 16:04