Carl and Anna was one of the earlier Penguin books published during Allen Lane's reign at Penguin Books.
Originally written in Germany in 1927 by Leonhard Frank, translated into English in 1929, Allen Lane published it in Penguin books in 1938 with credit for translation going to Cyrus Books.

Carl and Richard befriended each other whilst prisoners of war, digging a trench in an area referred to as " above the far distant curve of the earth, which was the horizon of the steppe, on the frontiers of Europe & Asia." The trench was shaped as a crucifix, many miles long and broad. The men did not know the purpose of their four years of digging but presumed it was related to a dam that was to have been built previoiusly and the trench could be flooded to check the advance of hostile troops.
The reader is not fully aware that the men are Germans until later in the story but can work out the time is in the lead up to the great War.

As Travellin' Penguin learns, the men work alone, are desperately lonely and Carl can do no more than completely learn about Richard's wife, Anna from the long, neverending conversations about her. Richard misses her dreadfully and worries he will not remember her face but he continually recounts the life he had with her before he went to war.Carl's questions of minute details are never ending which Richard happily responds. 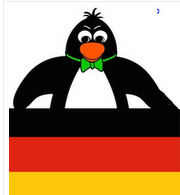 As Richard and Carl make their monthly trek for provisions, Richard is singled out and told he will be going with another group of soldiers. Carl takes advantage of this, his own dreams of being with Anna are ripe, escaping into the forest. He travels for months with his sole plan to pass himself off as Richard to Anna and making a life together.
The author is quite taken with his lady character, Anna, as he continually describes her thin cloth dress that shows her svelte figure, her quiet movements around the single room flat, and later her reaction to Carl who promises her he really is Richard. The reader is well aware of what a complicated relationship this will become so I will stop my description here.

Suffice it to say there is much pure ivory skin, happiness beyond belief, complete support from the other tenants happy to know some husbands do return from war as their own relationships falter with others.
If our Penguin walks into this book he will uncover the small German flat, the cozy meals with Anna and Carl, as well as feeling the apprehension of what could go terribly wrong within this false German union.
The setting is a small German village although no further description is given. The time is World War I. The characters are descriptive enough, especially Anna that we care about and feel we know her.

In 1947 a Hollywood film was made of Carl & Anna called "Desire Me" starring Greer Garson, Robert Mitchum and Richard Hart. George Cukor directed it although several directors before him were also employed and the final cut of the movie was released without the name of a director in the credits. 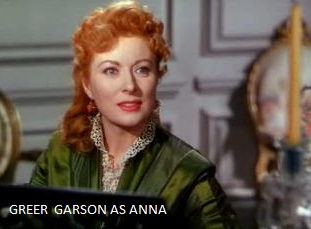 Posted by Travellin' Penguin at 08:22